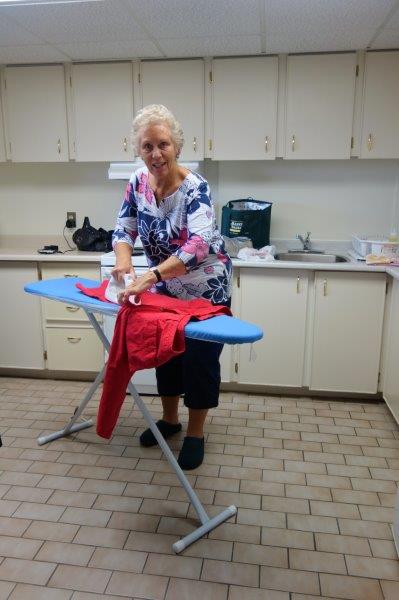 After enjoying another wonderful evening and night in our Ottawa hotel, we took advantage of the self-service laundry on the 4th floor with washing and drying machines at no extra cost, and an iron and ironing board in a cupboard in our hallway. After we’d done two loads of washing, it was a great comfort to be able to iron where necessary and pack all our clothes away, clean again, for our onward journey!

We’d enjoyed our snacks as we’d gone around Ottawa the day before and today they were a great addition to our journey down to Toronto.

It’s 280 miles from Ottawa to Toronto and we expected it to take 5 hours. So we left in good time to explore a couple of places in the city that we’d been told about, the waterfront and the CN Tower. 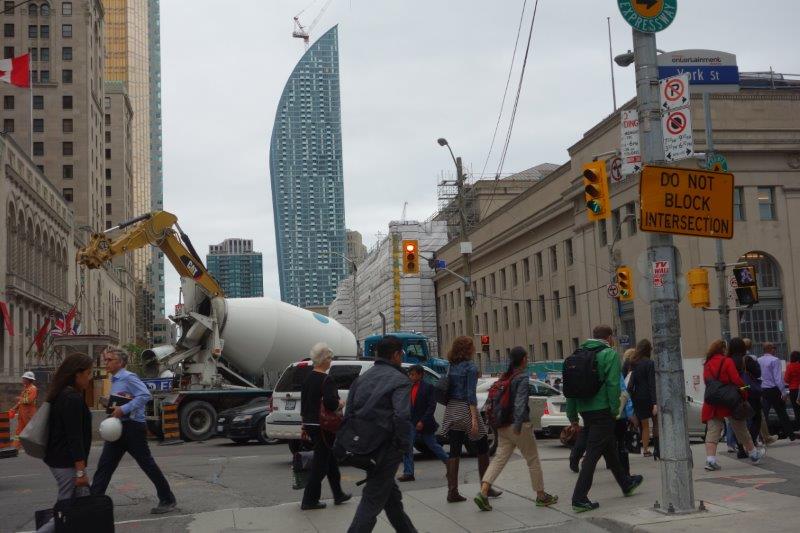 But as we neared Toronto we realised that the traffic was going to prove to be a stumbling block because of all the road works and traffic jams so we never actually reached the waterfront. 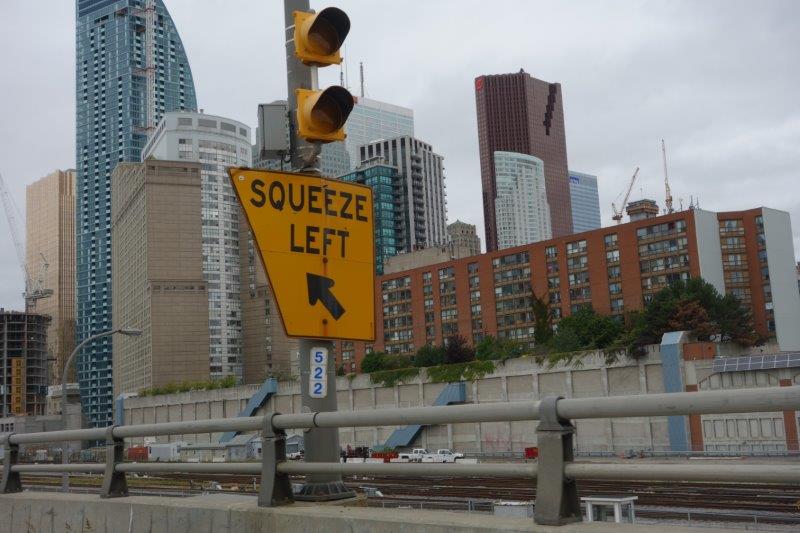 We did like this sign, however, on one of the freeways entering the city although we didn’t find the drivers in Toronto nearly as courteous as those we’d encountered in Montréal and Ottawa. 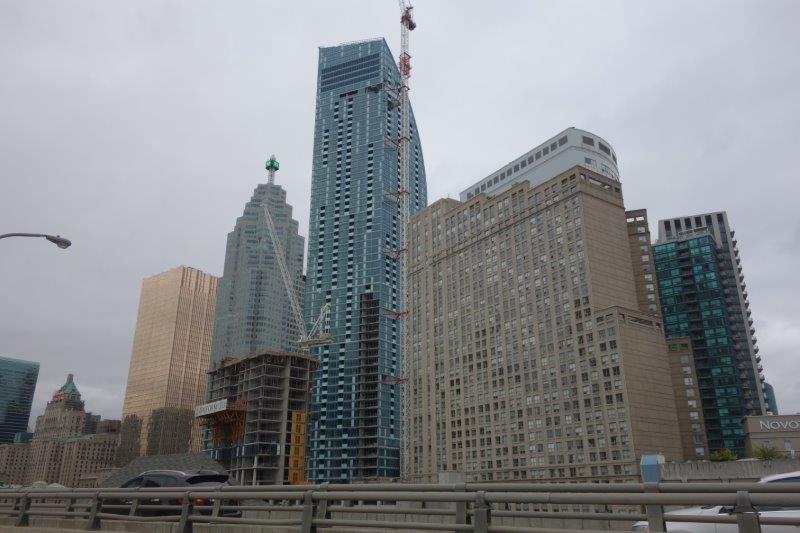 Tall buildings rose up on both sides of the freeways and it was interesting that we all experienced the same sensation – that this was not going to be a city that we’d take the time to visit. There was far too much traffic (and it wasn’t quite rush hour) there were too many tall buildings and not enough space and light and there was so much construction going on that our GPS simply couldn’t find the way around for us because we kept encountering closed roads!

In the end, we cut our losses and headed for our accommodation, deciding that we’d make an early start for Niagara the next day and give Toronto a miss. Pity, but it was a unanimous decision. We were, in fact, chastised by our friends when we reached Minneapolis a few days later but they did acknowledge that the city might have been in the throes of more construction than they’d ever been used to and that might have given us the wrong impression. 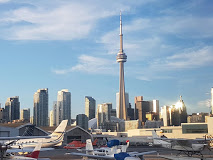 But we did manage to catch several glimpses of the CN Tower. The idea of the CN Tower originated in 1968 when the Canadian National Railway wanted to build a large TV and radio communication platform to serve the Toronto area as well as to demonstrate the strength of Canadian industry and CN in particular. It was completed in 1976 becoming the world’s tallest free-standing structure and the world’s tallest tower at the time. It held both records for 34 years and remains the tallest free-standing structure in the western hemisphere. A signature icon of Toronto’s skyline and a symbol of Canada, it attracts more than two million international visitors each year.

In 1995, the CN Tower was declared one of the modern Seven Wonders of the World by the American Society of Civil Engineers.

It was certainly a great sight, but at this point, we made our way to our accommodation for the night. This was good but not sufficiently so to recommend it.

Toronto ON, Canada – 11 September 2014
+ Text Size -
Do NOT follow this link or you will be banned from the site! Original generation time 0.1731 seconds.