What good timing. The journey was excellent and for the first time for ages, I slept on a plane! We arrived in the morning rush hour when progress in a car is hard so we took the train to Lindfield and Kate met us at the station. It’s actually only a 10 minute walk from the house, but with our heavy bags …

Bret suggested that we might like to take a trip to the Blue Mountains over the weekend. Suzi had already been, Bret had just had an arthroscopy on his injured knee and was still hobbling, and my knee was now so bad that the thought of more time spent in a car (2 Riley's birthday party 1hours) and then a long walk didn’t appeal at all. In the end, we all piked out and spent a lovely weekend relaxing.

The pool is now finished and the weather was wonderful so that was the main attraction for the girls and we could lounge around and enjoy their enjoyment! 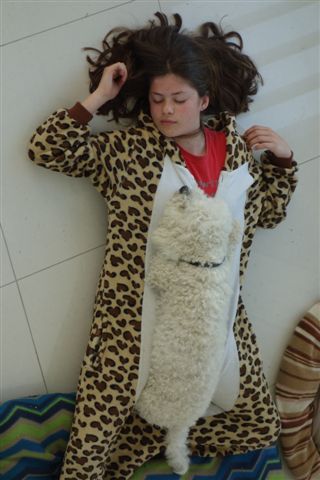 Tyla and Bailey (the dog) are fairly inseparable when she’s not in the pool, or when he’s not helping to check out the 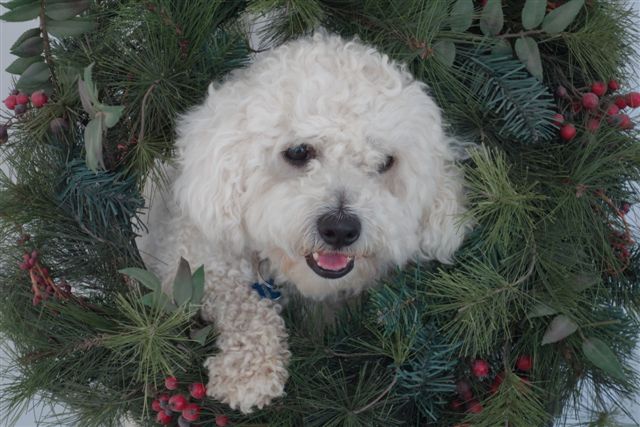 And in the cool of the last evening, it was time to get out ‘Roger’, the name they’ve given to their tennis ball machine. He’s proving to be a 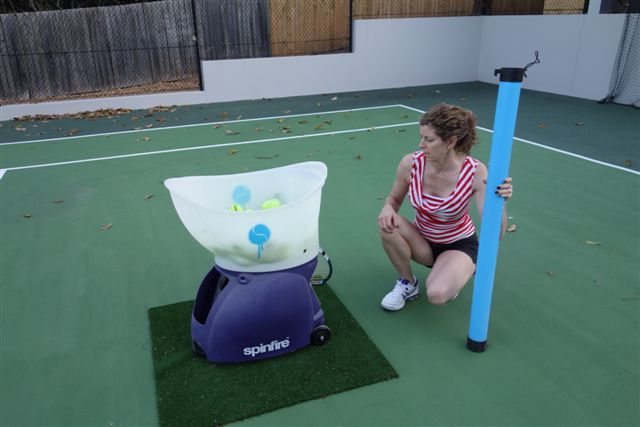 valuable asset. Bret can come home from work and set Roger to random shots at 80mph and get a serious workout in half an hour. For lesser mortals, the speed can be reduced if necessary and Roger can be put on different settings, depending upon what one wants to practise. 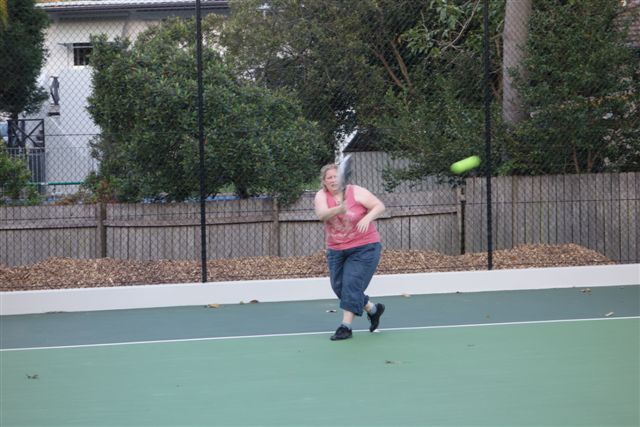 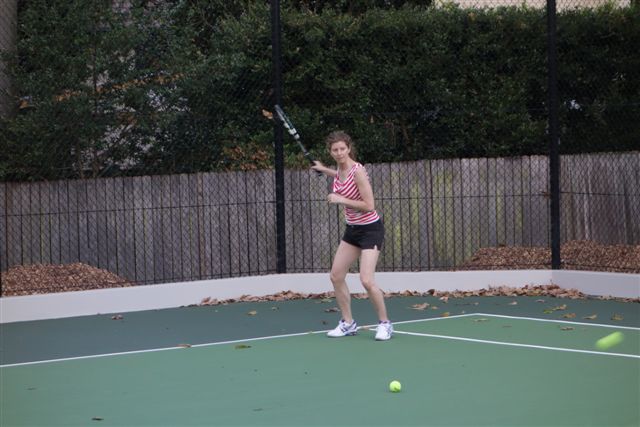 into the swing of things quite quickly.

Kate showed us all that she’d been practising! 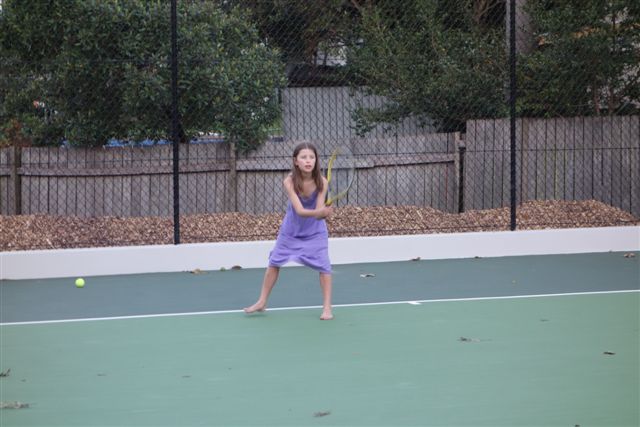 And Riley took up ‘the position’ and demonstrated that she’s really beginning to get the hang of things. (I think Tyla and Bailey were still asleep!) 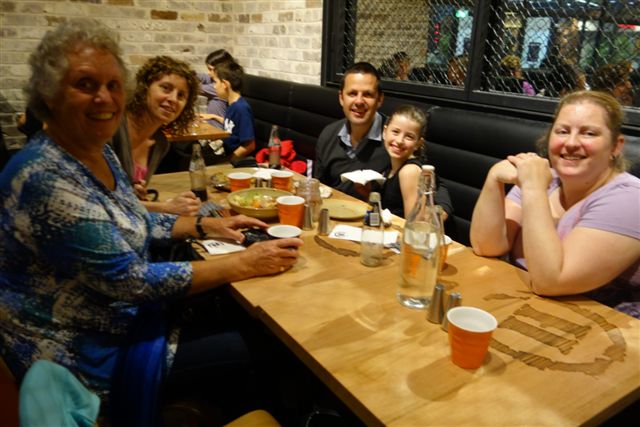 Then it was time to go out to dinner before Suzi and I left at crack of dawn to take the train back into Sydney and the plane home.

After four months away it was so good to be back in New Zealand, very grateful for a wonderful holiday but raring to get back in the saddle again.

I have a truly wonderful orthopaedic surgeon. He replaced my right knee in 2001 and my right hip in 2011 and he knew that my left knee was getting worse. I’d sent him an email from England to let him know I was in a lot of trouble with it. He saw me on Tuesday 28 October and booked me in for a total knee replacement two days later, on 30 October. Now that’s what I call ‘being responsive’.

Perhaps the saddle will have to wait a few weeks but there will be plenty of time to plan. How good to have both Julie and Suzi at home and to look forward to being pampered for a while … Now there’s a thought!