Suzi has been in England for seven years now and I’ve been away from England (except for visits) for thirty-five years, so it stood to reason that she’d have a better memory about distances between various visits. And so it was that, leaving Peterborough, she reminded me that Ken’s sister, Di and Jon, lived very close to our next destination, that of my niece, Sarah and family. 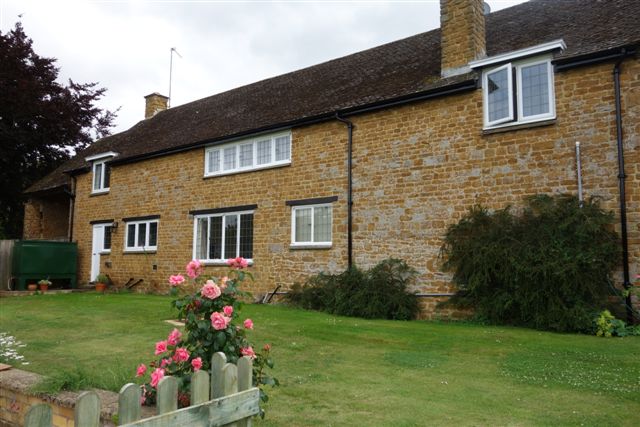 So we rang ahead and were fortunate to find that Di and Jon were at home. We already knew that Ken was visiting from New Zealand and staying with them so we were able to enjoy a lovely cup of tea and a walk around their home which has changed so much since I last saw it. 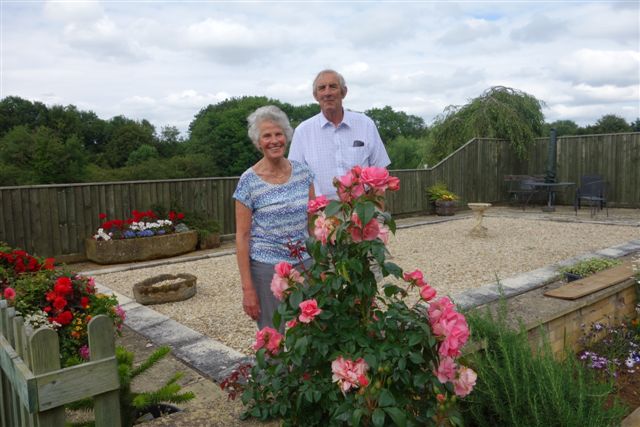 They converted a barn more years ago than I can remember and it has the beautiful original Cotswold stone.

And they were looking really well and there was time to catch up with all their family news and to hear about Ken’s niece and nephew and their families. A special treat.

In fact, we were enjoying our chats so much that we were nearly late leaving for our rendezvous with Tony who was meeting us by the side of the road to make sure we didn’t get lost finding Sarah’s house.

Sarah’s home was a hive of activity when we arrived on Sunday evening, not just that evening but for the whole of the two days. The three children, just home for the school holidays, are aged between seven and eleven and are involved in a wealth of activities which they enjoy with completely boundless energy (as all children should of course!). 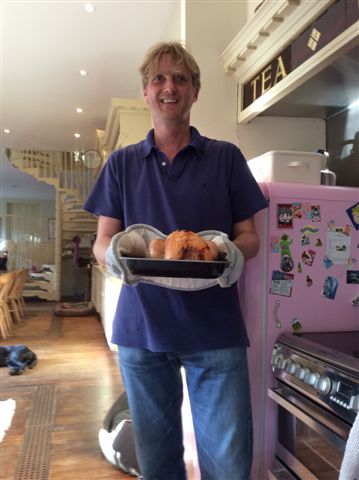 Rupert was in charge of the roast chickens for dinner and they kindly invited Suzi to stay and enjoy the meal with us before she left to drive back to Farnborough – another one and a half hours. She’d been an absolute star with the driving all weekend and it was good to get her text later to say that she’d arrived safely. 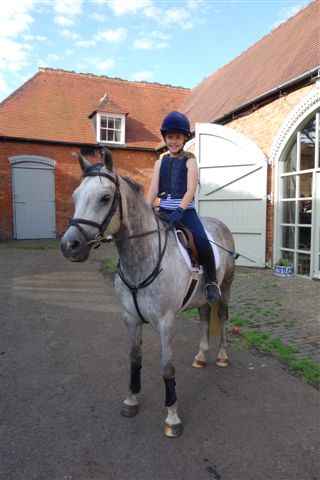 Sarah and Hermione (Minnie) were going off for a girls’ weekend to a horse camp the following Thursday so the horses needed to be exercised and kept fit. Minnie looked good on her grey pony as she set off with her Mum.

Apart from being flat out looking after the three children with all their varied interests, Sarah and a friend have set up a new website called The Gait Post – International Equestrian Inspiration. Check it out here – it’s seriously impressive! 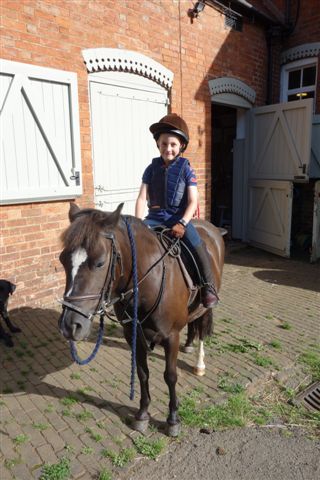 Early on Monday morning, Minnie got organised with her pony, Toff, Archie with Minnie (the pony, not his sister!) and Sarah, on Mischief, and they 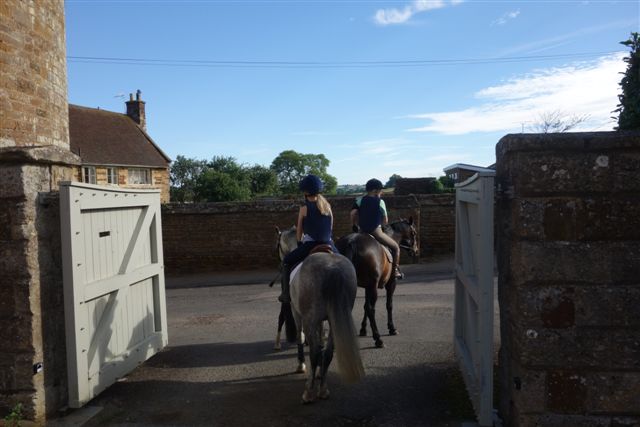 set off for a hack around the village.

I was told that the boys were going to have a boys’ weekend while 9the girls were away and I think the tent was going to be part of the attraction for them. 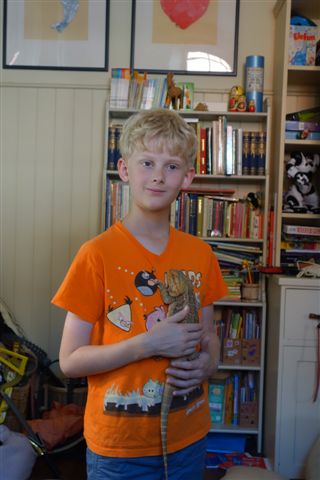 While the others were out for their ride, Will and I got to know each other better and I was 2introduced to his best friend, Spike, the Bearded Dragon. 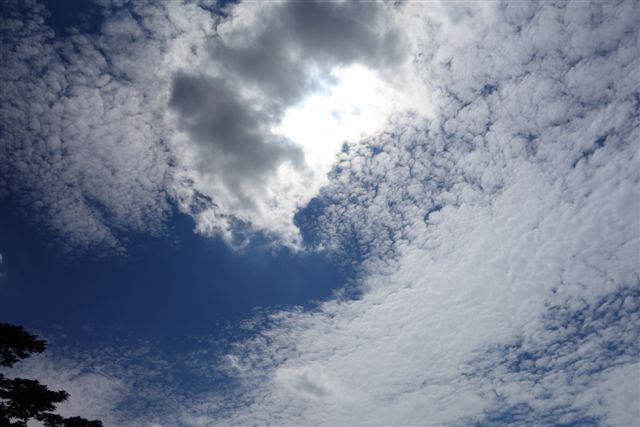 Breakfast over, it was time to get outside on another beautiful day. We talk about New Zealand being the Land of the Long White Cloud but I have to say that the cloud formation that day was pretty special too. 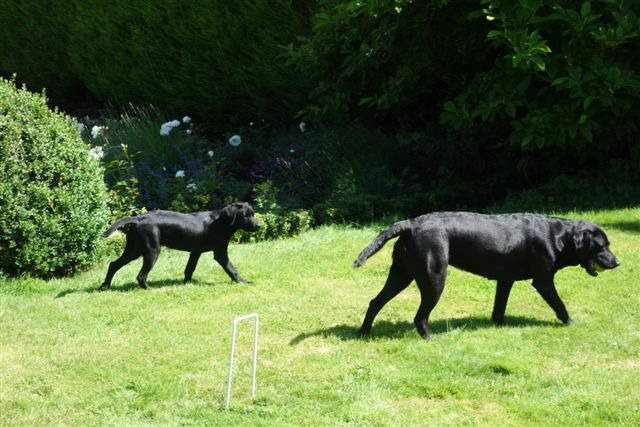 Their house provides plenty of space to play, both inside and out. The dogs have a wonderful life, strolling around. Crumpet (Labrador Mum) has kept Domino who is Archie’s puppy and she made Suzi and I wish we still had a dog at home – something that I think might come up in the conversation when we get back to New Zealand. 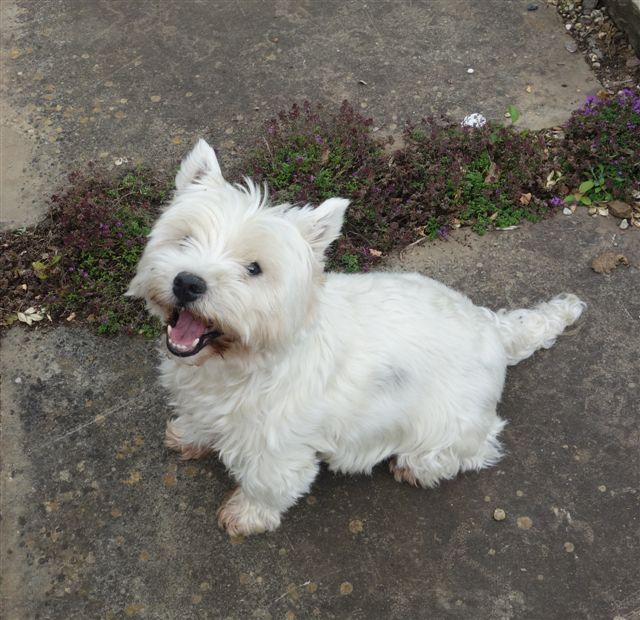 Tony soon arrived with Flora in tow so everyone was able to have a party with their friends. Daisy was around and about too but she’s very old and wasn’t feeling very well so she kept fairly quiet. 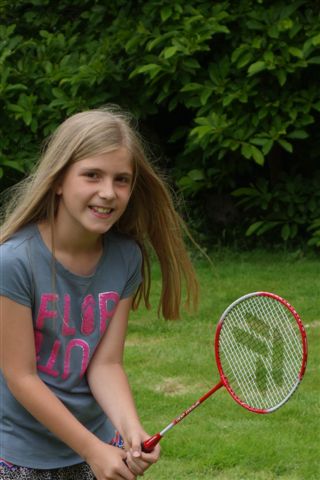 Minnie and Archie played heaps of badminton which was a laugh a minute. 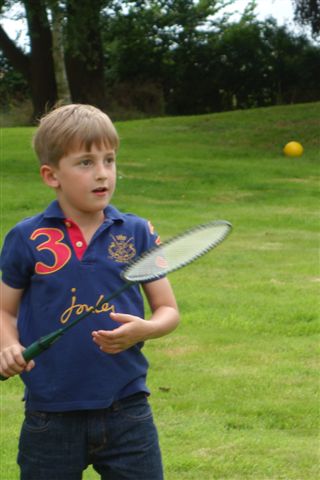 They’re actually very good but a bit of a breeze got up and that made things a bit more difficult.

They’d put out a croquet ‘lawn’ and although they’d never played, Minnie and Archie were fast learners and soon took 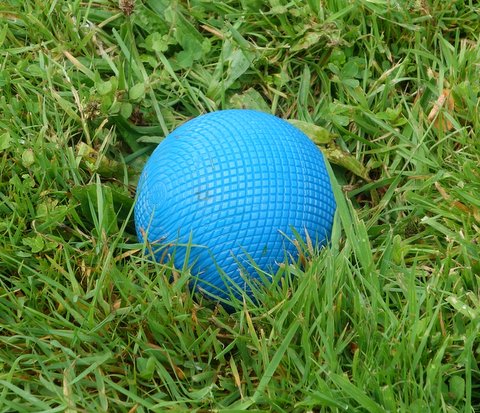 Tony and me to task and gave us a series of thrashings. We gave them two turns to every one of ours but it was clear that this won’t be necessary for too much longer. I have to confess that the grass was just a little longer than I’m used to – but that’s no excuse!

And in between the outdoor activities, we
popped inside and played a really fun game which was a sort of 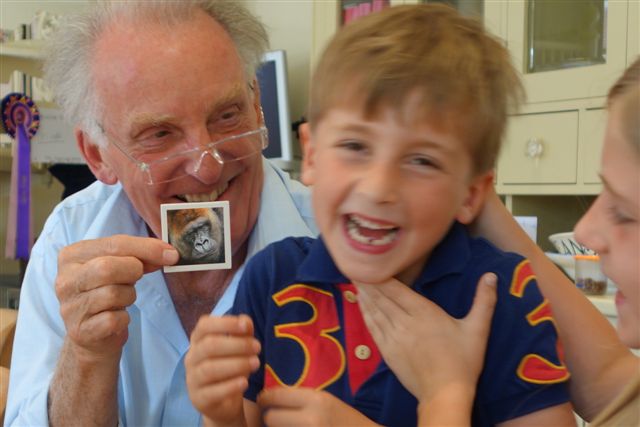 Pelmanism. Archie and Grampie had heaps of laughs when Grampie suggested that there was a similarity between the gorilla and Archie! 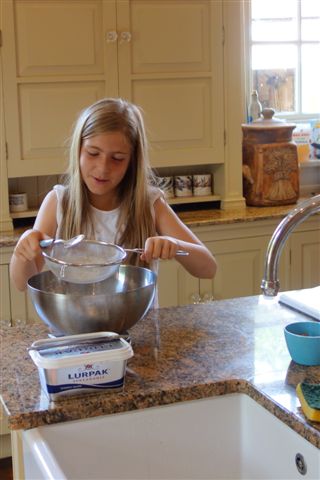 Sadly Tuesday came round far too fast but there was still a treat in store. Sarah suggested pancakes for breakfast and I have to say I felt very honoured to be sous chef to Minnie who not only knew where everything lived but was very clear about how they should be made! I can’t say that I sieve my flour but Minnie insisted that this was essential! 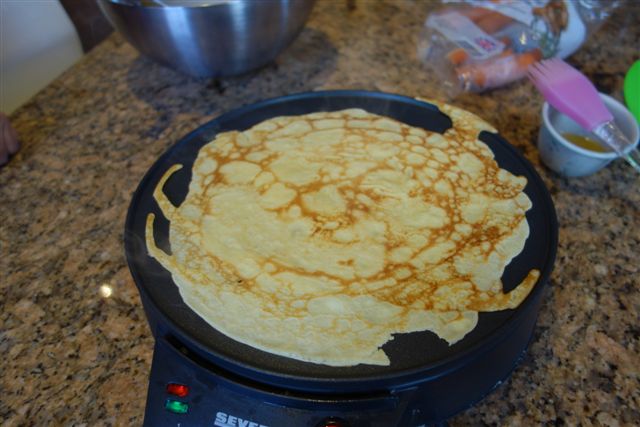 And the proof of the pudding, as they say … 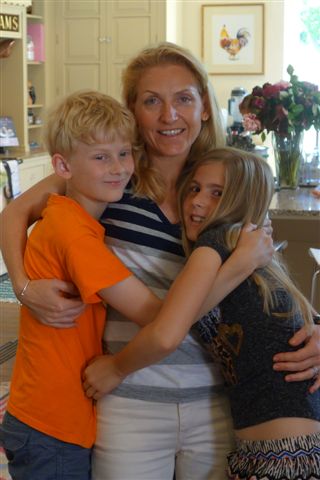 So it was time for yet another goodbye – the only downside of all these wonderful visits. But Sarah assures me that they have plans on the horizon to visit Kate and family in Sydney and us in New Zealand before too long so we must be content with that for the time being.