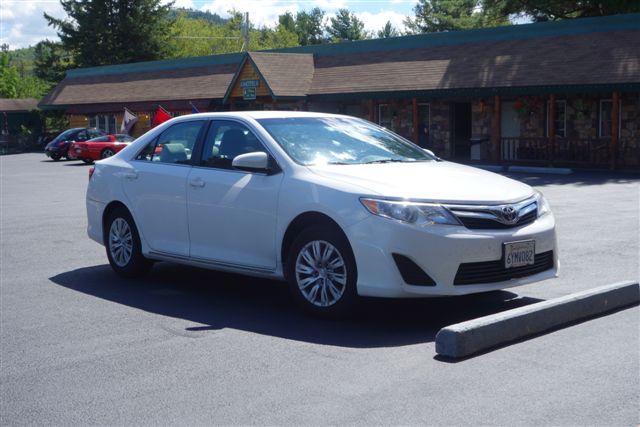 We didn’t rush out of bed after that long day. Our hotel was interesting, comfortable and quiet but not something we’d recommend. We’d become used to full breakfasts where we could have fruit, or eggs but this hotel offered only continental breakfast and everything was unbelievably sweet. But they were very kind people and when we had a minor disaster and inadvertently locked the keys in the boot of the car, they didn’t turn a hair about allowing us to stay on past our check-out time. Our car looked very abandoned almost alone in the hotel parking lot!

Fortunately I’d remembered to get a certificate from my AA Plus before I left New Zealand to give me reciprocal rights to the AAA both in the US and in Canada. So we only had to wait an hour before a delightful man arrived in a very large truck and ‘broke in’ for us. 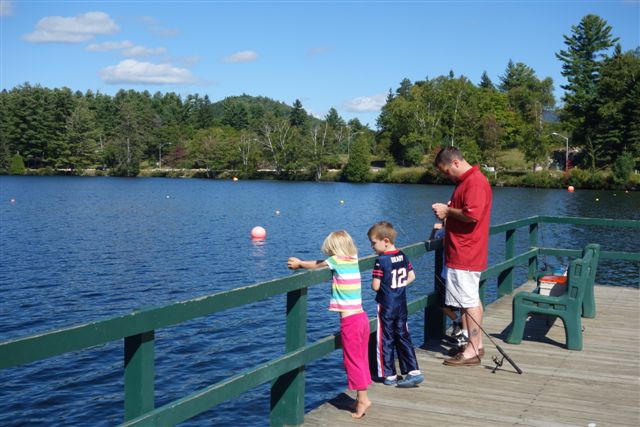 We were having a ‘scenery day’ after our surfeit of history so we set off to have a look at Mirror Lake – which is stunning – and enjoyed seeing a father spending time fishing with his three young sons off a jetty. What a lovely dad! 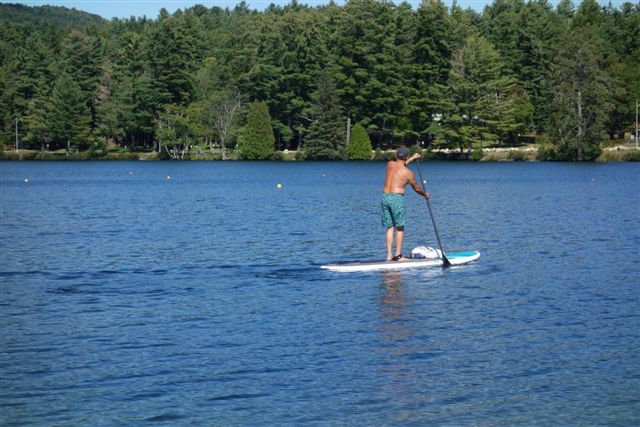 Other people were enjoying the tranquillity of the Lake in different ways – and it was another stunning day, weather-wise.

And, on the edge of the lake we saw our first evidence of the start of ‘Fall’.

Mary, at our hotel had told us that we’d get closer to Mirror Lake than to Lake Placid and she was right.

As leisure time increased in the late 19th century, Lake Placid was discovered by the rich and famous. 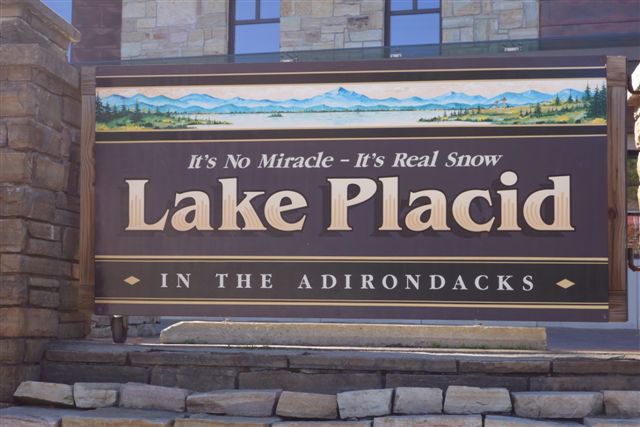 One could see why! A man called Melvil Dewey, who invented the Dewey Decimal System, designed what was then called ‘Placid Park Club’ in 1895 and inspired the village to change its name to Lake Placid which became an incorporated village in 1900. Dewey kept the club open through the winter in 1905 which aided the development of winter sports in the area.

By 1921 the area could boast a ski jump and speed skating and the Lake Placid Club became the headquarters for the IOC for the 1932 and 1980 Olympics. The village is especially remembered as the site of the 190 USA/USSR hockey game, the so-called ‘Miracle on Ice’ when a group of American college students and amateurs upset the heavily favoured Soviet national ice hockey team 4-3 and two days later won the gold medal. 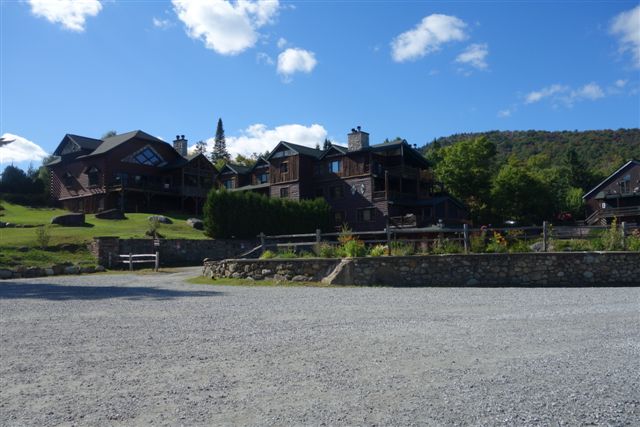 We found our way onto what appeared to be a private estate, with lots of men rushing around in golf carts apparently having the time of their lives! 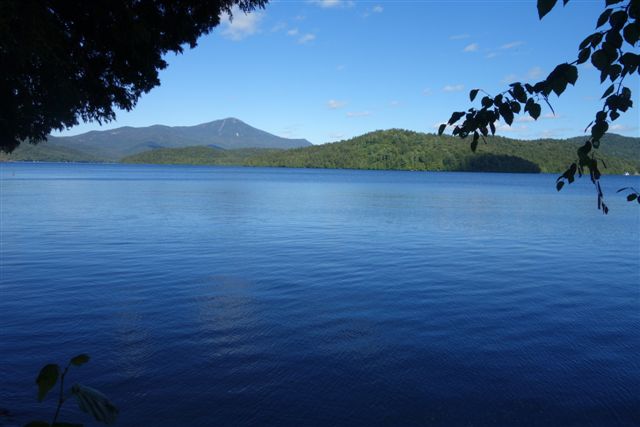 Here we could stand on the edge of the lake and enjoy the view. 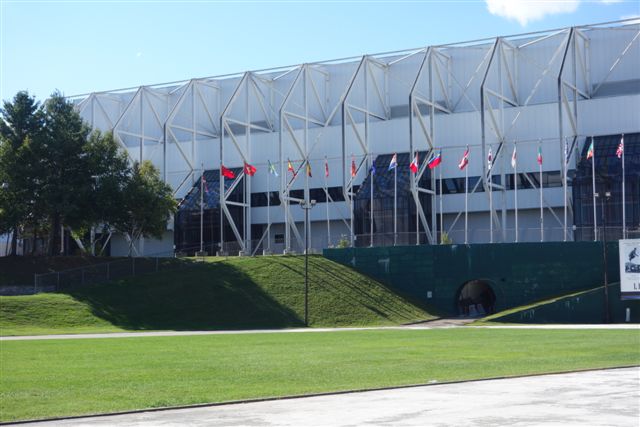 Before we left Lake Placid we had a quick look at the site of the 1932 Winter Olympics, officially known as the III Olympic Games which ran from 4-15 February. It was the first of four Winter Olympics held in the United States.

There was a plaque which read,

‘The flags adorning the front of this building were presented as a gift by the people of Essex county and the Essex county Board of Supervisors to honor (sic) the countries and their athletes participating at the III Olympic Winter Games in Lake Placid in 1932. Austria, Belgium, Canada, Czechoslovakia, Finland, France, Germany, Great Britain, Hungary, Italy, Japan, Norway, Poland, Romania, Sweden, Switzerland and the United States’.

Leaving Lake Placid, we decided to make one more stop on our way to Montréal.

The Ausable Chasm is a sandstone gorge. The Ausable River runs through it, which then empties into Lake Champlain. 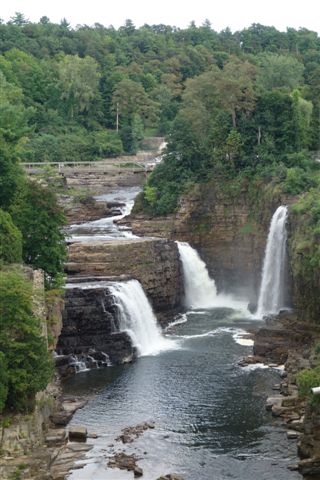 The gorge is about two miles long and is a minor tourist attraction in the Adirondacks region of Upstate New York. It is fed by the Rainbow Falls at its southern extreme.

The Chasm has a continuous exposure of a section of the Potsdam Sandstone more than 160 metres thick which includes, in an unpublished location, a rare mid-Cambrian jellyfish fossil. Needless to say, we didn’t see this! 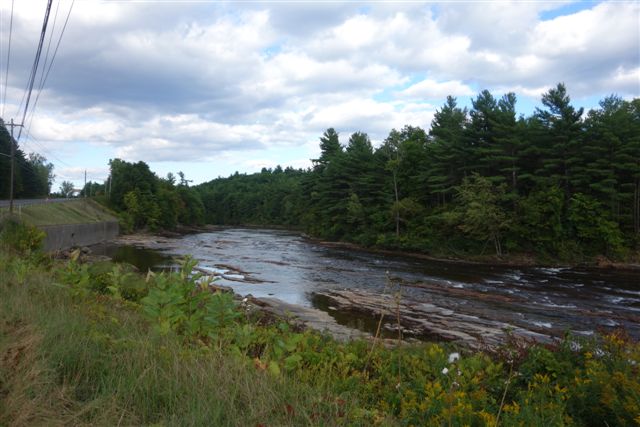 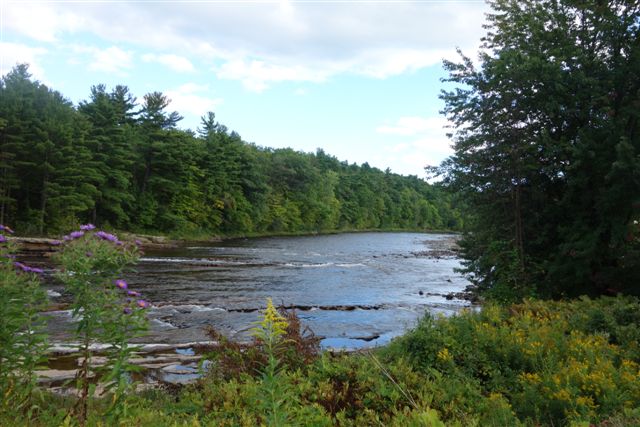 plenty of water so it was a charming experience.

And this was our first experience of a really poor hotel (Suzi had had a premonition when she booked it and she was right). There wasn’t a kettle, a microwave, or anything to eat off or with. We were all very tired so Suzi went out and got us all a hot chocolate from MacDonalds. As we’d had the odd ‘munch’ along the way, we decided that an early night was the best way to deal with the situation!