Another great overnighter with my kind London ‘base’, Gill’ and time to unpack and repack!

Then there was just time between ‘visits’ to spend a couple of nights with ‘Tricia in London. ‘Tricia and I had met in the early 1960s when we worked at the same organisation, and shared an office. We became good friends and went on a wonderful holiday together, taking the car train to Lyons and then driving to Ospedaletti on the Italian Riviera. We felt (at the time) pretty smart driving around in my open MGB!! We were very young and prepared to make the most of every moment of the two weeks. Need I say more? 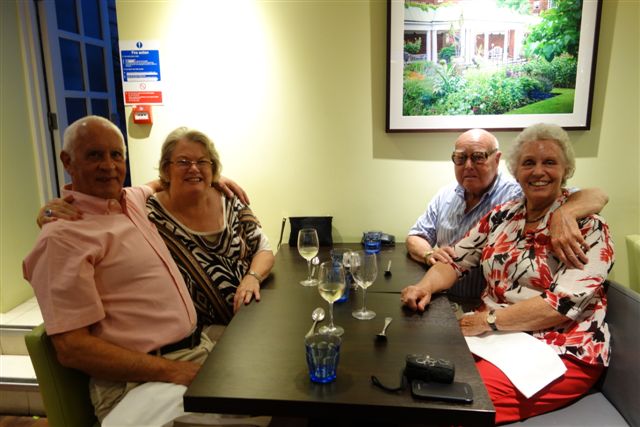 London was in the grip of a heat wave so an apartment in central London was pretty warm. But, thanks to some of her very good friends who have balconies, we experienced lovely pre-dinner drinks overlooking parts of London and lovely dinners in the air conditioning! 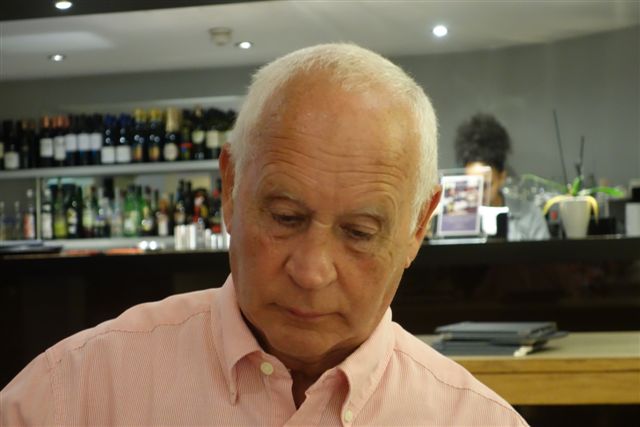 We had dinner with two of her friends, Geoffrey and Peter. Geoffrey just happened to have played hockey in the same area as I had, back in the 1960s and 1970s. ‘Tricia knew this when she organised dinner but had absolutely no idea that we would have so many hockey friends in common. As the names came back to mind and the memories were shared, that wonderful time of my life came flooding back. It was very special hearing about some of the players I haven’t seen for nearly 40 years! Geoff is actually still playing in a veteran’s league and has also received an MBE for Services to Hockey in the East of England so it was an extra special treat to be with such august company.

With the sun still beating down, ‘Tricia decided that it was far too hot for me to be dragging my large suitcase along the London streets. So she very kindly insisted that she drop me off at Victoria Station for my journey down to Chichester – and do her grocery shopping on the way home!