I’ve decided that the time has come, not to take taxis (yet) but to have a ‘porter’. Lugging my suitcase up and down flights of steps and over rough bumps in the pavements is losing its appeal. There must be a way. Fortunately there was only one flight of stairs to climb and a very kind young woman rushed to my rescue!

Having walked to East Putney (for the last time!), I took the Circle Line to Earls Court where there are lots of lifts (thank goodness) so it was easy to cross to the Piccadilly Line, bound for Heathrow Airport, Terminal 5.

The tube was fairly empty so I was able to place my large suitcase against a partition and sit beside it. I soon noticed that a young Japanese woman also wanted to put her suitcase in much the same place. Unfortunately for her, her suitcase had four wheels and every time the train moved, the suitcase went flying around. So, together, we placed hers against the partition, and mine alongside hers to keep it still. It worked and she sat down beside me. 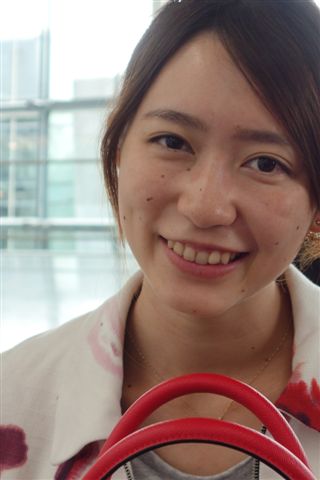 She told me that her name is Yurina Watanabe and that she’s been studying English at a School in Wimbledon (close to East Putney) for a month and was very keen to practise her English on everyone she met. She was really lovely. We travelled the rest of the way together, checked in and had coffee together and it was quite sad when we had to part, me to catch my plane and she to pick up presents for all her friends and family in Duty Free before catching her plane two hours later.

I made the plane by the skin of my teeth and was told that I’d been selected (I held my breath hoping they’d say ‘for an upgrade’) for ‘an additional security check’! Bummer! I was taken aside and asked to turn on all my electronic equipment (I’d read about this before leaving New Zealand), mobile phone, lap top, camera and kindle. Out they all came, back they all went and finally I was allowed to board. It’s quite embarrassing when you’re one of the last to board and you feel as if everyone is looking at you and thinking, ‘why’s she holding us up?’

In the event, we left very late and arrived very late which was a bit of a shame. And it was very, very hot and very, very humid.

Liz had suggested that I caught a train to Penn Station and then caught another train out to New Jersey. But when I asked for directions to the right train I was strongly advised to take the bus straight to Penn Station. As I thought this might mean fewer stairs up and down, I agreed, paid US$16 and waited for the next bus to leave – in 15 minutes.

We stopped endlessly all around the airport to pick up as many passengers as possible. The driver played enormously loud music over the speakers until everyone was on board and then, when we were clear of the airport, he put on a James Bond movie, so quietly that we couldn’t hear the words! At one of the stops he insisted that my cabin bag should go up onto the rack and I reluctantly let him put it up there. But he didn’t make sure it was safe and when he braked heavily about ten minutes later it came crashing down onto the hard floor and I worried about the shock to all the pieces of technology inside the case. In the event all was well but it wasn’t a good moment.

Finally we arrived in 5th Avenue and I thought it would only be a short while before those of us who were left on the bus were deposited at Penn Station. But no! In a sudden heavy shower, those going to Penn Station were told to disembark, collect large cases from the hold, manhandle them down the road and put them into another bus – which then took us to Penn Station.

I was lucky though. I crossed the road to Penn Station and found that a train for Long Branch, New Jersey was leaving in 7 minutes and I just had time to buy my ticket and to go down two short escalators and board the train.

The train was nothing like any train I’ve been on before, but I might have struck a very old one because Suzi said that one of the trains she travelled on between Belmar and Penn Station had been fine. The journey took one and a half hours and stopped just about everywhere, the interior was very basic and rough and it felt as if the wheels were square! But then it was getting to the end of a very long day of travel and I was tired! 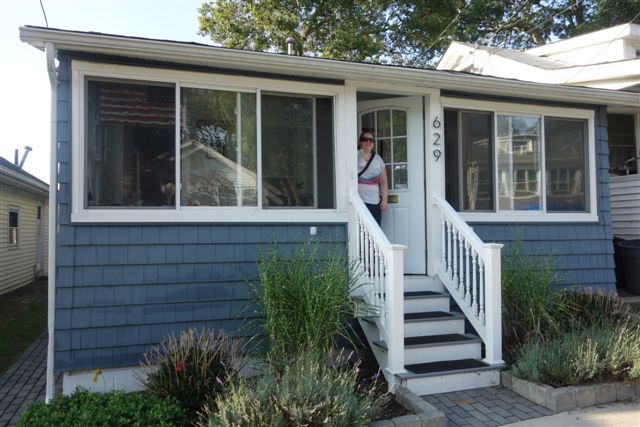 But Liz, bless her, was waiting at Long Branch to drive me to her delightful little cottage in Belmar (also called Lake Como) and suddenly life was good again. We chatted, munched some corn chips and guacamole and hummus and watched some tennis on-line from the American Open. Suzi soon arrived, full of news about her second day in the Big Apple, and then it was an early night for everyone.

Tuesday dawned as hot as ever with a deep blue sky, little wind and high humidity. Suzi had decided to spend the day walking around Central Park so she left Liz’s little cottage pretty early to catch the train at Belmar.

Liz is, among quite a few other things, an accountability coach who works with her clients remotely. This means that it doesn’t matter where she lives so she spends time based both in New Zealand and in New York. Monday had been a bank holiday so it was a short week. I decided to go for a walk and explore the local neighbourhood while she worked. By this time the temperature had reached 33 degrees and I found it hard to go very fast! When Suzi got home in the evening she said she’d fallen in love with Central Park but that the heat had been pretty overwhelming. 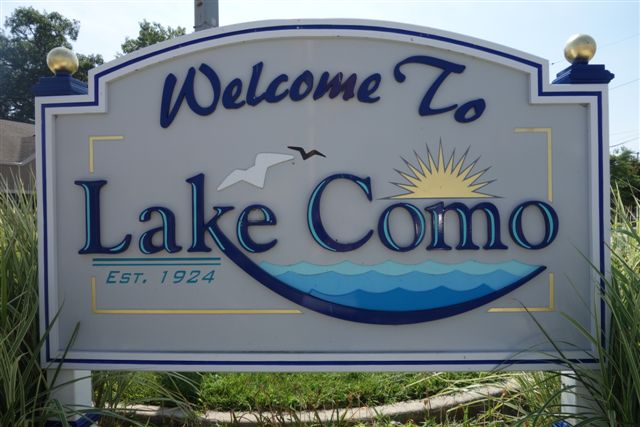 I walked down Main Street from 18th Avenue where Liz lives, to 10th Avenue where most of the activity goes on. Here I found that I was very close to the Marina so I went to have a peek and found that there was a very close resemblance to many of the marinas around the world – very smart! 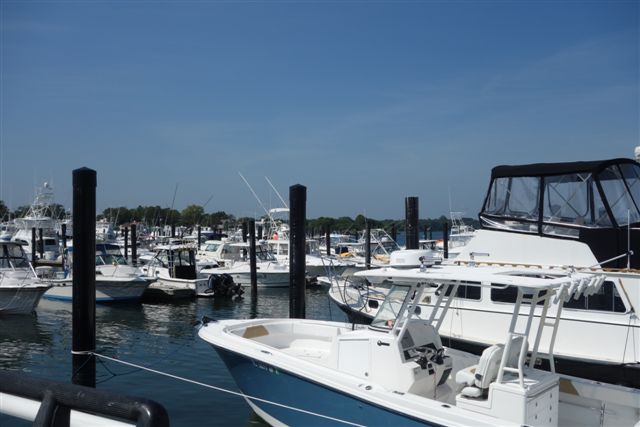 Liz had time to meet for lunch at a lovely restaurant overlooking the water beside one of two suspension bridges over the river. Then she very kindly drove me to an AT&T outlet so that I could buy a US SIM card to cover our time in the States. Finally, she drove me to a Hertz outlet at Asbury where I’d reserved a hire car. The experience was somewhat chaotic because they didn’t actually think I was coming! Apparently people book and then don’t turn up! Their first reaction was that they didn’t have a car! Bad moment! But, as my father used to say, ‘opportunity comes out of every challenge’. When all the paperwork had been done a rather lovely Toyota Camry was driven out – much higher up the food chain than the one I’d booked – and it had a GPS which they said they wouldn’t charge me for!

We spent our last evening relaxing with a beautiful chicken salad while we watched Federer in great form at the US Open – what a stroke of luck!