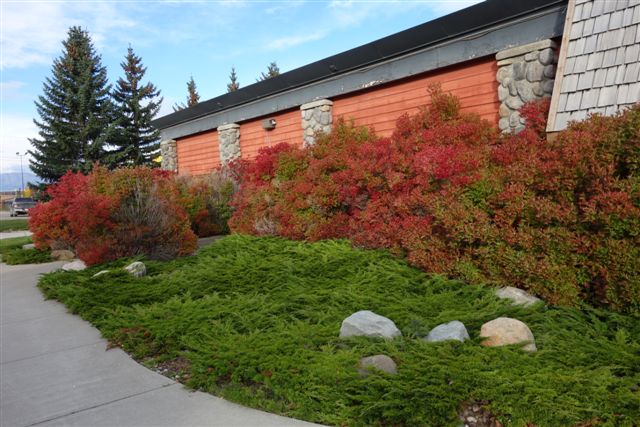 Driving from Jasper to Kamloops is under 300 miles and would normally take about 5 hours but we had a planned diversion on the way. First of all we called in to the very helpful Information Centre in Hinton and enjoyed some red Fall colours this time. We were bound for Maligne Lake (pronounced Maleen) and Canyon which is south-east of Jasper and not on our way but the geologist among us said it was another ‘must see’.

More of the colours greeted us as we set off. 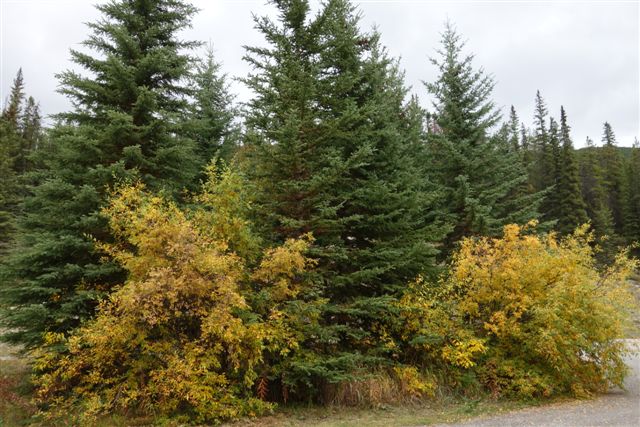 It was a grey day for the drive which was slow and winding and a light drizzle was falling. 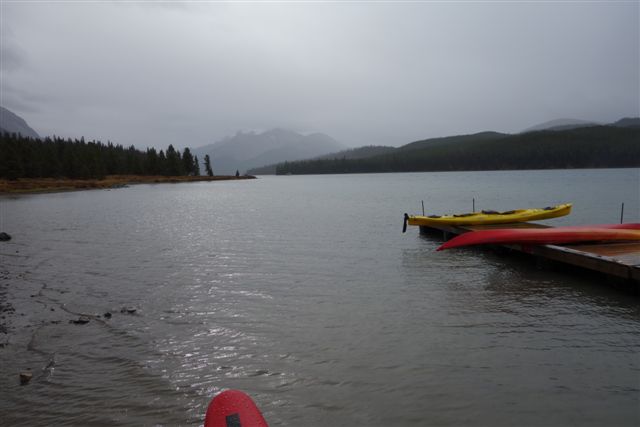 We’d heard a lot of hype about how beautiful Maligne Lake is but it was unfortunate that we were seeing it when the sun wasn’t shining so we couldn’t appreciate its apparently beautiful colour. So we took a

photo and headed off for the Canyon, glad that we’d visited the two sights in this order. 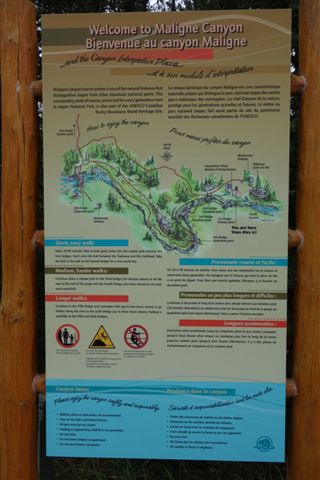 Suzi was so right – Maligne Canyon is definitely a ‘must see’.

The usual welcome sign gave us heaps of information and we set off to explore. 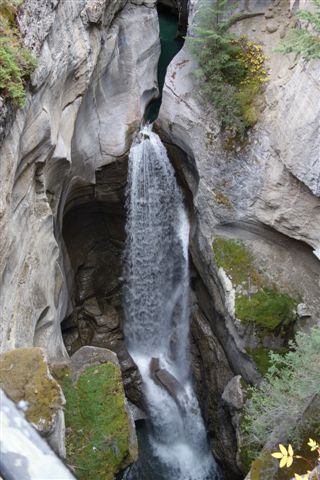 Maligne Canyon is a natural feature, located in the Jasper National Park. The Canyon measures over 50m deep and the area contains waterfalls and stream outlets. 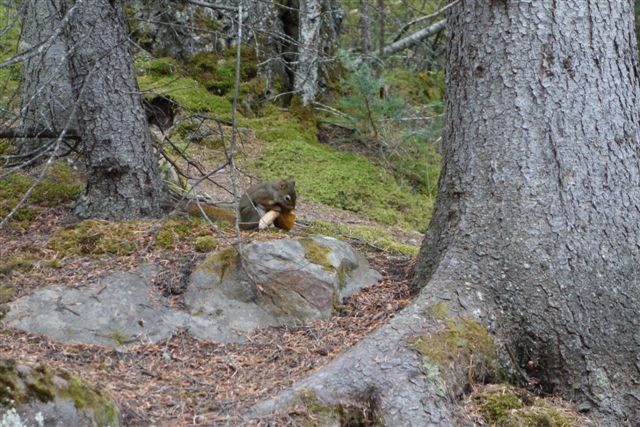 Not to mention the animals (a squirrel), birds and plant life. 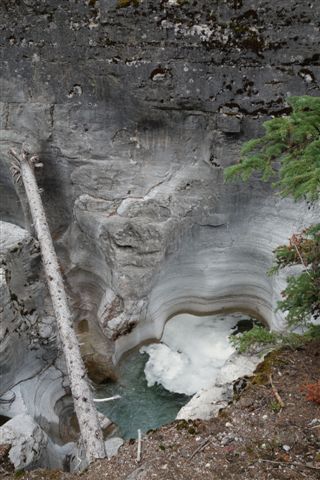 The Canyon is seen as different and odd geologically, but is apparently a common phenomenon in the northern Rocky Mountains. 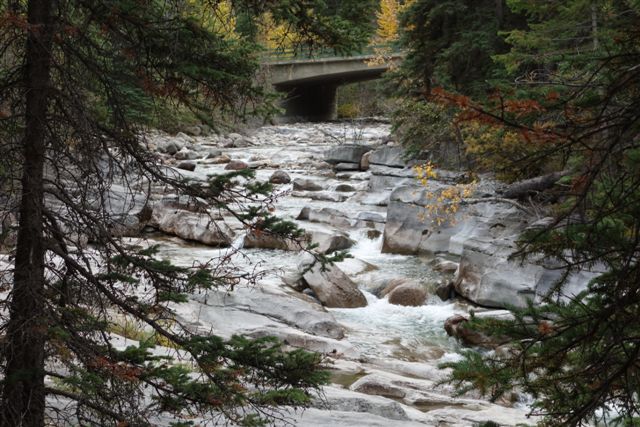 These canyons show the characteristic of ‘Karst’ topography and is common in this region due to its easily soluble nature. Flowing out of Medicine Lake, the Maligne River flows about 15k upstream as a full size river but very quickly disappears and seeps into the ground and completely vanishes from the surface, not far from Maligne Lake for most of the year. 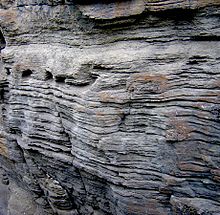 The smaller streams that feed the valley below that point rebuild the river by the time it reaches the top of the Canyon. The river drops down the Canyon and intersects the bedrock layers where the underground rivers flow. 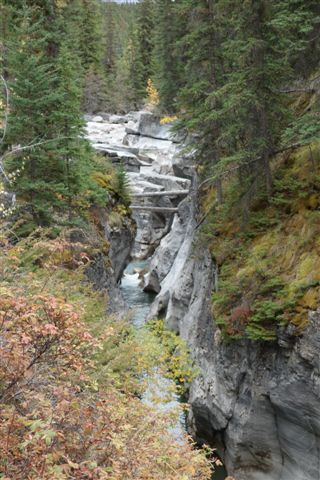 Also at this point, numerous large underground streams join and greatly amplify the flow. The Canyon has been deteriorating because of all this churning and swirling of the water. 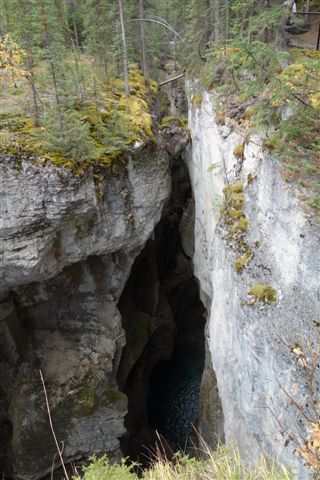 The effect of this has made the width of 2m across at some points and a depth of 50m. Limestone is one of the most dominant minerals within the canyon. It has become deposited in a shallow, tropical sea by plankton which secrete limestone. It’s a geological wonder. Water alone has eroded this amazing Canyon.

We headed back, skirting Jasper on our way to Kamloops, not intending to stop but our eye caught the sign for the Salmon viewing platform on the Raft River and, ever mindful of seeing a bear, we called in there.

The Simpcw are a culturally proud community valuing healthy holistic lifestyles based upon respect, responsibility and continuous participation in growth and education. Since time immemorial, the Simpcw occupied the lands of the North Thompson River upstream from McLure to the headwaters of Fraser River, east to Jasper and south to the headwaters of the Athabasca River. The Simpcw travelled through the spring, summer and fall, gathering food and materials which sustained them through the winter. Simpcw people value their positive relationships with non-native people in the North Thompson and Robson Valleys. 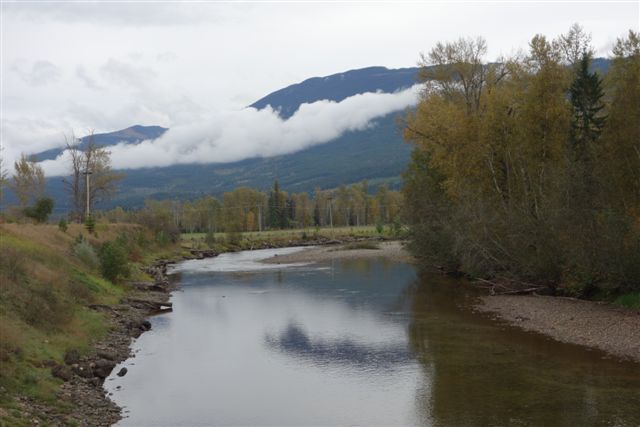 It was within the traditional territory of the Simpcw that we stopped at Raft River Salmon viewing platform near Clearwater on Highway 5, recognised as one of the most prolific 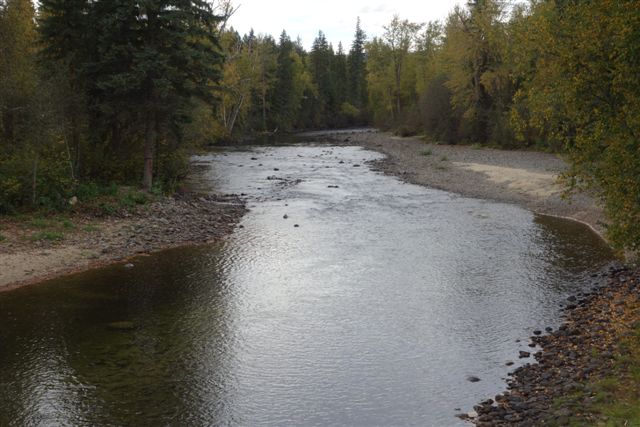 fishing grounds in the North Thompson Valley. Here we were able to read information of their fishing traditions and about the various species of fish that the Simpcw people gather – fish such as Rainbow Trout, Longnose Dace, Mountain Whitefish, Bull Trout and Prickly Sculpin. And we were able to watch the various salmon species jumping in the river – Chinook, Sockeye, Coho and Pink Salmon.

Although the environment was obviously very beautiful between Jasper and Kamloops, we really couldn’t see enough through the mist and rain to take any decent photos.

So we didn’t linger but hurried along to our accommodation for the night, a lovely Hampton Inn that is worth recommending. It’s at 1245 Rogers Way, Kamloops, British Columbia V1S 1R9.

Jasper National Park to Kamloops, Canada – 24 September 2014
+ Text Size -
Do NOT follow this link or you will be banned from the site! Original generation time 10.6758 seconds. Cache Loaded in: 0.0218 seconds.